Showing posts from November, 2008
Show All

Turning VR Inside Out

November 20, 2008
This video shows how RFID can help improve control over stock inventory both in real world and virtual world situations. With the current state of virtual reality, it's unlikely that virtual supermarkets will take off. They're just too... clunky. However, one distinct possibility is a reversal. Computer controlled reality. RFID will play a large part in this. The data it will provide will change the way we look at reality. By reporting and recording our locations and activities, it will digitise us - turning us into real life avatars. In virtual reality, everything we do can be recorded. The software can record our every movement and interaction. This will soon be possible in real life, thanks to RFID and our interactions with computer interfaces. Real life benefits will get us to adopt the data collection methods without question. Contact lenses or eventually brain modifications of some kind could provide us with a computer interface while in the real world. In the mean
Post a Comment
Read more

November 19, 2008
I noticed with interest the difference between: Michael Anissimov's review of how Second Life and IRC affected Transvision 06 and George Dvorsky's comments on Twitter's impact on Convergence 08 . There appears to be a number of advantages and disadvantages to each medium. While Second Life allows those not in attendance to interact with the conference, it requires a lot of commitment. Resources need to be invested in an account, downloaded client software, a powerful computer with a lot of hard drive space, and a good net connection. Even if those things are not an issue, Second Life requires your full attention, you have to control your avatar, its camera, and inventory. Even for a seasoned veteran, the interface is extremely clunky (albeit powerful). Twitter on the other hand provides a very casual way to stay in touch both in and at the conference. It can be accessed in many different ways, including RSS reader, phone, browser or desktop client, as well as the
Post a Comment
Read more

Technology - Will it set us Free? 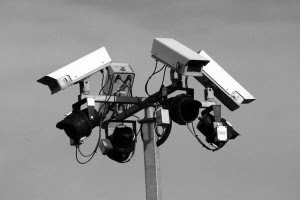 When computers were first invented, users had complete freedom and power, there was no other option but to allow it. However, if they didn't follow the computer's strict set of rules, the computer would break or just not work. Even in the days of Windows 3.11, computers remained obscure and frightening to the masses. Once computers infiltrated more and more of our lives, it became necessary to remove the need to for "user rules", computers had to become "user friendly". Computers were forced to shed their unforgivable interfaces in order to increase their popularity. So now, computers, when used by the general public, no longer have that level of freedom. To avoid them being used wrongly, computers simply limit the options general users are allowed to access. Then, instead of telling users how to act, they simply guide users through their processes, anticipating rule-breaking, and absolving responsibility. Users lost their fear of computers, complying
2 comments
Read more 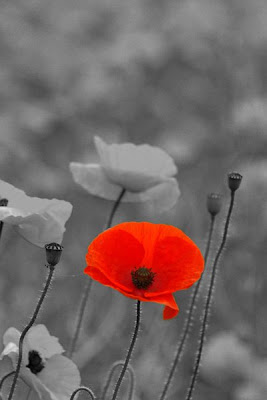 Today I went to church. Now before you all hurl your computers out the window in disgust, allow me to explain. I'm currently living in Sweden where, due to 200 years of neutrality and peace (which according to the priest can be attributed to their secularism, a strange admission), they don't commemorate Remembrance day. However, being British, I wanted to pay my respects to the service men and women who have fought and died for me in wars past and present, so I went along to the Remembrance day service at a small English Anglican church. I haven't been to church for a very long time, I only set foot in them when family members deem it necessary to host weddings, christenings and funerals. When I do, anger sets in as I think of all the suffering they have caused, the money they have wasted, and the stupidity they continue to spread through our societies. My anger increases as priests misconstrue the facts in order to justify their existence, manipulating their flock wi
Post a Comment
Read more

The End of the World Wide Web?

November 06, 2008
I now have a very organised and efficient way of working online, thanks to a few great companies coming together and integrating their services. First of all, I use the magnificent Firefox to access the world at large. I had a go with Google Chrome, but found it hard to live without the vast array of Plug-ins Firefox provides. And the less said about Internet Explorer the better. Firefox allows me to display my favourite bookmarks along a bar beneath my toolbar, for quick and easy access to my main websites. One such button is the "Share on Facebook" link, allowing me to share any page I find of interest instantly and easily. The whole toolbar is invaluable, although it's not a benefit exclusive to Firefox. I am a slave to the Google Corporation. Google allows me to store and work on all my documents ONLINE , meaning I rarely have to use Open Office again. (Anyone who is still paying for Micro$oft Office needs their head seeing to...) Google also provides Googl
2 comments
Read more

Virtual Going Out is the New Going Out

November 03, 2008
A 'Virtual' Escape From Economic Pain: http://www.forbes.com/ebusiness/2008/10/09/virtual-world-economy-tech-ebiz-cx_mji_1010virtual.html It seems that in these times of economic decline, people don't want to forgo the luxuries that they've grown accustomed to over the years, so are choosing to indulge themselves in a virtual manner instead. There's certainly a lot to be said for staying home surrounded by cheap entertainment compared with going out and being ripped off and mugged. Could this be the future? As Virtual Reality improves, we'll be finding it replacing more and more of the "Real Life" things we currently take for granted. Why travel on dangerous, expensive, and environmentally unfriendly airlines when you can immerse yourself in a Virtual holiday? Google Earth and Google Street, not to mention other "virtual sightseeing" options have recently taken a lot of big steps towards this. Although virtual reality interfaces have a l
Post a Comment
Read more
More posts