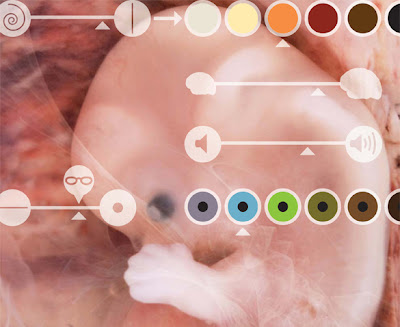 The question of designer babies is usually met with disdain. You don't even have to be religious to object to the idea of customising a human before it's born. Indeed, this concept doesn't just "go against nature", it makes us question what it means to be human. The possibility of customising an embryo with the view to having an "enhanced" child opens up a veritable test tube of questions. What are the implications of being able to set a child's intelligence, their strengths, their abilities? Then there is the questions that really hit a nerve: "Would people chose not to have a black baby when they know it will be subject to persecution and prejudice?" The whole issue is surrounded by frightening dilemmas. The problem is, it's already here. We currently screen embryos for birth defects such as spina bifida, and many would argue that prevention or removal or deficiencies is a form of enhancement. Of course, we can try to sep
Post a Comment
Read more 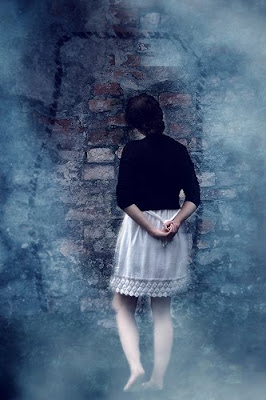 Kurzweil and his proponents seem to be unshakable in their belief that at some point, Advanced Artificial General Intelligence, Machine Sentience, or Human Built Consciousness, whatever you would like to call it,  will happen. Much of this belief comes from the opinion that consciousness is an engineering problem, and that it will, at some point, regardless of its complexity, be developed. In this post, I don't really want to discuss whether or not consciousness can be understood, this is something for another time. What we need to be aware of is the possibility of our endeavours to create Artificial Intelligence stalling. Whatever happened to...Unified Field Theory? It seems sometimes, the more we learn about something, the more cans of worms we open, and the harder the subject becomes. Sometimes factors present themselves that we would not have expected to be relevant to our understanding. Despite nearly a century of research and theorizing, UFT remains an open line of
Post a Comment
Read more

Can We Restrain AI?

July 26, 2010
One of the main challenges in creating a greater-than-human Artificial Intelligence is ensuring that it's not evil. When we "turn it on", we don't want it to wipe out us out or enslave us. Ideally, we want it to be nice. The problem is how we can guarantee this. Trap it Some have suggested limiting the Artificial Intelligence by "trapping it" in a virtual world, where it could do no damage outside the confines of this environment. While this might be a safe solution it could limit the AI to only function within the limits and reality of the virtual world. Ok, so we might be able to program a perfectly realistic and isolated virtual world, but would this happen? Is there a parallel project to create such a "virtual prison" alongside AI research? And what if AI was to evolve or emerge from existing systems (such as the internet or a selection of systems within it) before we could develop such a prison? Then of course there is the possibility o
Post a Comment
Read more

July 09, 2010
"I've lost everything, my business, my property and to top it all off my lass of six years has gone off with someone else." Raoul-Thomas-Moat-shoots-policeman-gunning-ex-lover-boyfriend The concept of perpetual association, the "permanent record", causes despair in people's lives every day, although we don't hear about it unless they decide to make sure we hear about it. How can we blame people for going psycho when a criminal record stands in the way of their entire future, giving them nothing left to live for? It's time to acknowledge and address the implications of Actuarial Escape Velocity in respect to crime and punishment. For, with infinite lifespans, ruining people's lives will not only have much greater significance, but it will not be in the interests of society. Who wants their infinite lifespan cut short by a crazy gunman? There seems to be this incredibly misguided notion that all criminals are evil, they're born evil,
Post a Comment
Read more

Why Are Dreams So Strange?

June 23, 2010
The mind is curious thing. We believe the perceptions from our awakened state to be the ultimate reality - the be all and end all of our existence. The way things work in our day to day world, our interactions, our actions, their implications, and our understandings, appear to be the true representations of reality. So when we sleep, why do we not question the random strangeness and non-realities that perpetuate our slumber? What causes dreams to be so bizarre compared to our awoken reality? Dreams make no sense It's not just a sensory thing. In dreams, even concepts are twisted and stretched and mixed together. I was once in a state of half-asleep dozing and had someone dictate what I was saying - and it was complete nonsense, quite hilarious with absolutely no reference to my experiences or thoughts of the day (or reality in general). Dreams seem to be a regurgitation of our minds but absent of any of the framework to hold it together. This made me wonder. Did humans dream b
Post a Comment
Read more
More posts